On Monday night, the Buccaneers did something for their fans they’ve never done before as they held a rookie meet-and-greet for Season Ticket Holders as part of their 2018 Rookie Academy. My lovely wife Rita and I were invited to this event, which took place at One Buc Palace and we had an opportunity to talk to nearly all of the rookies of the 2018 Draft Class. The Bucs served finger-food and offered an open bar as the season ticket holders arrived. Many of the ticket reps were around, making sure you had everything you needed and whether or not you had any questions regarding the event. It reminded me of an event a few years ago when Lovie Smith was first hired as a head coach and they had a similar meet-and-greet with the coach. Once all were checked in, we were ushered into the Bucs main meeting room (you saw it in Hard Knocks), where Buccaneers.com Casey Phillips introduced O.J. Howard as a co-host for a brief Q&A session with the players. Bucs GM Jason Licht came out and talked glowingly of the rookies, needling Howard a bit by saying this year’s class may be even better than 2017’s. Most of the questions were fluff, of course, and many of the rookies exhibited shy natures in answering. The questions were things like, “What was your most embarrassing moment on the football field?” “What was the class you hated in college?” So nothing true football fans would be interested in, but you could see in their answers some of the personalities coming out.

The Bucs did begin a new tradition, where the first round pick, considered the leader of that year’s draft class, is awarded a Rookie Academy trophy. The top pick will hold on to that trophy for the entire season and then next year pass the trophy on to the next first round pick, as sort of a right of passage.

Once the Q&A session was over we moved back to the front museum area of One Buc Place where the players began to mingle with the fans directly.

Vita Vea is a mountain of a man, but he seems very shy. He was a man of few words. His resemblance to the Disney Pixar character Maui from Moana is uncanny, so Rita made it her mission to get him to say, “You’re Welcome.” Unfortunately for her, Vea’s go to was, “No Problem.” 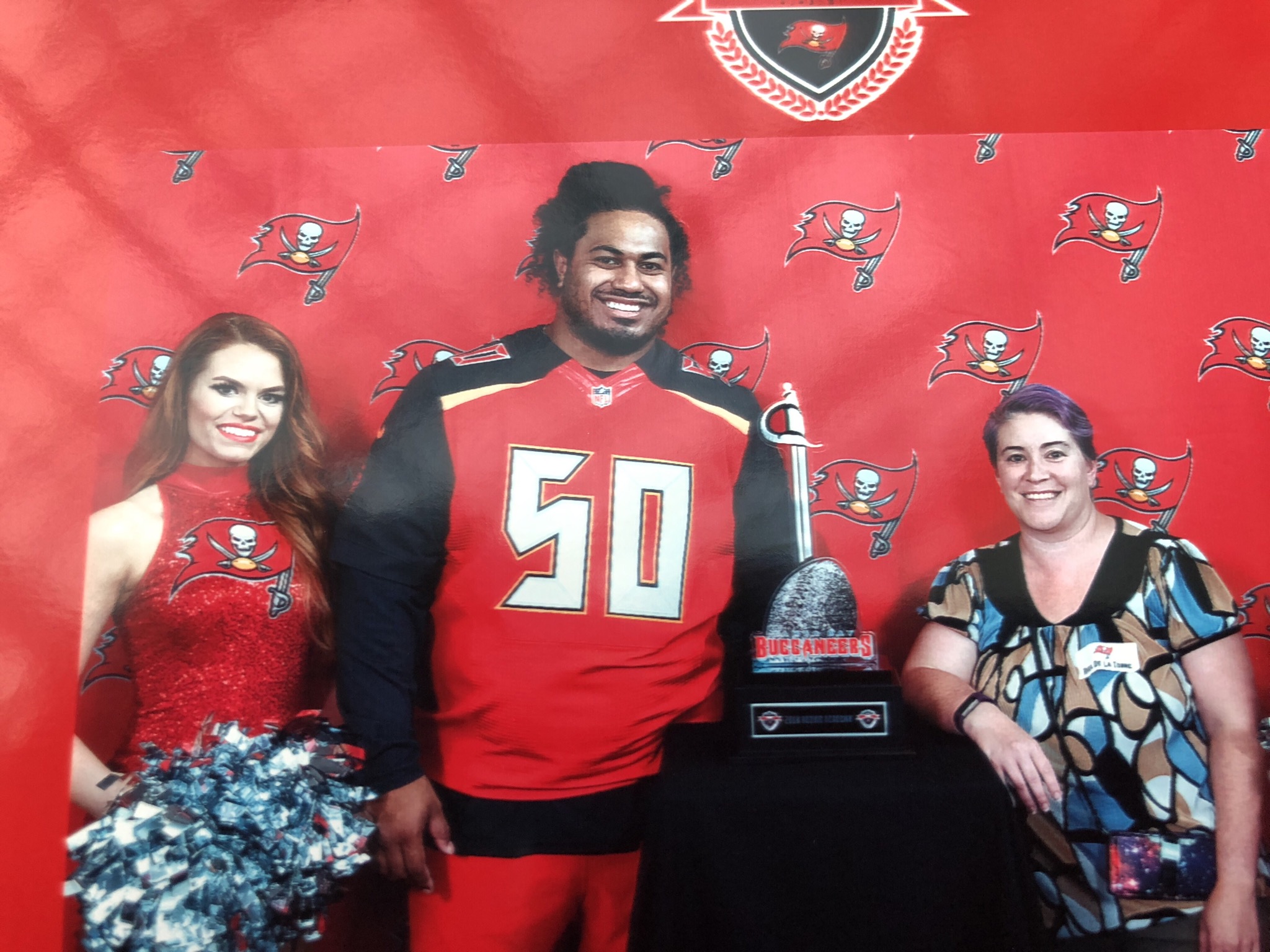 I asked Vea how he was liking Tampa and he quickly answered, “Love it.”

I got to talk most with 2nd round pick Ronald Jones II. He likes Florida (of course, they’re all going to say that), I told him the Bucs needed a player like him and he said the normal player platitudes, “Happy to be here”, etc. Then we talked a little about Doug Martin and Jones said, “I understand this is a business. You have to perform or they’ll move on.”

The guy most folks began to gravitate to was the mammoth offensive lineman from Humbolt State, Alex Cappa. Cappa was personable and was great with the kids, picking one child up for a picture, if he can perform well I’d anticipate him becoming a fan favorite.

The most interesting thing was seeing how shy these young Bucs were. At first, they tried mingling but quickly retreated to different corners of the museum area, usually in their own position groups and awaited fans to approach them for pictures or autographs.

All in all, a great experience for the fans and it seemed to be a nice welcome for the rookies to Tampa Bay.

Here are a few more photos from the event. 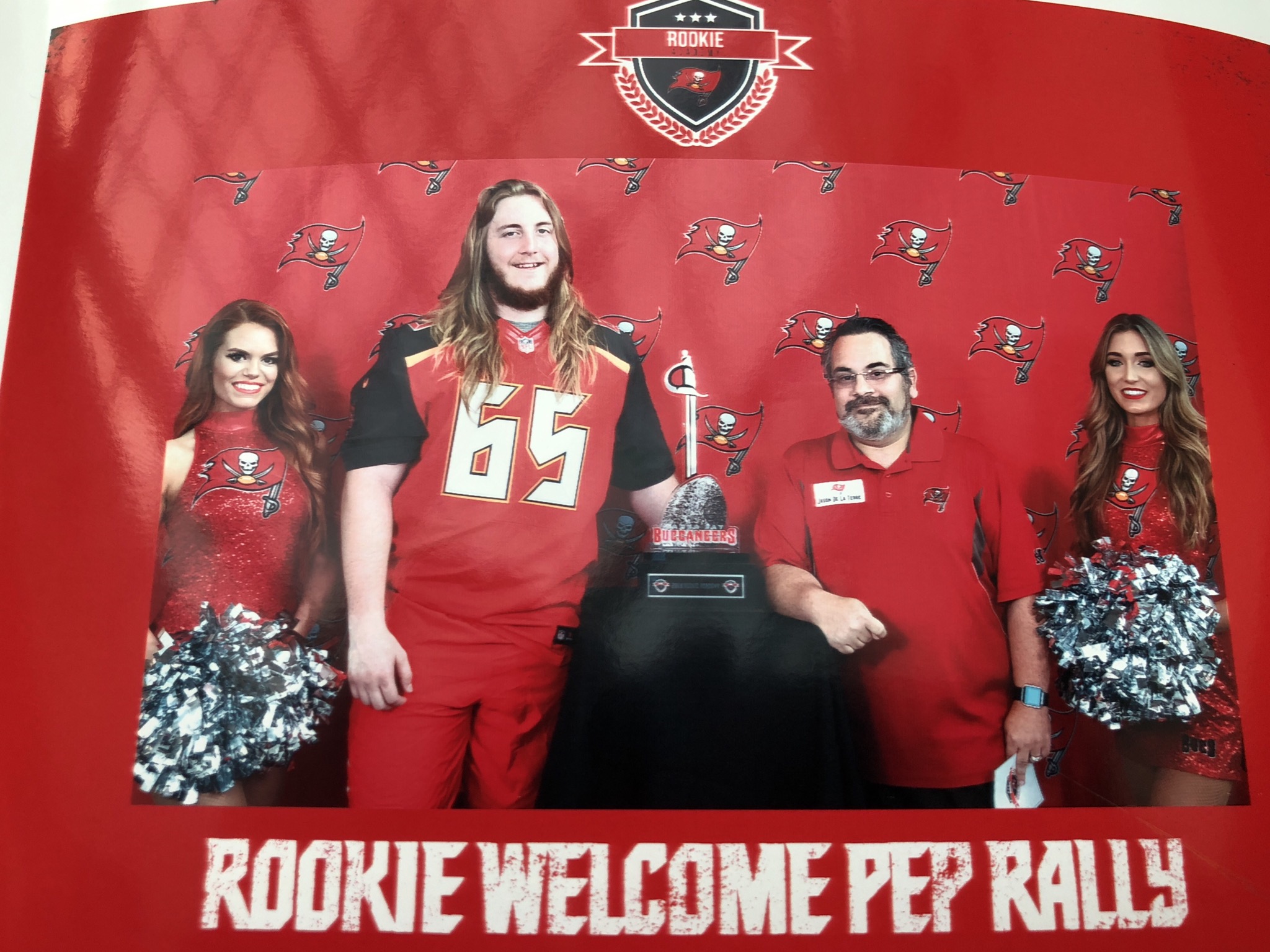 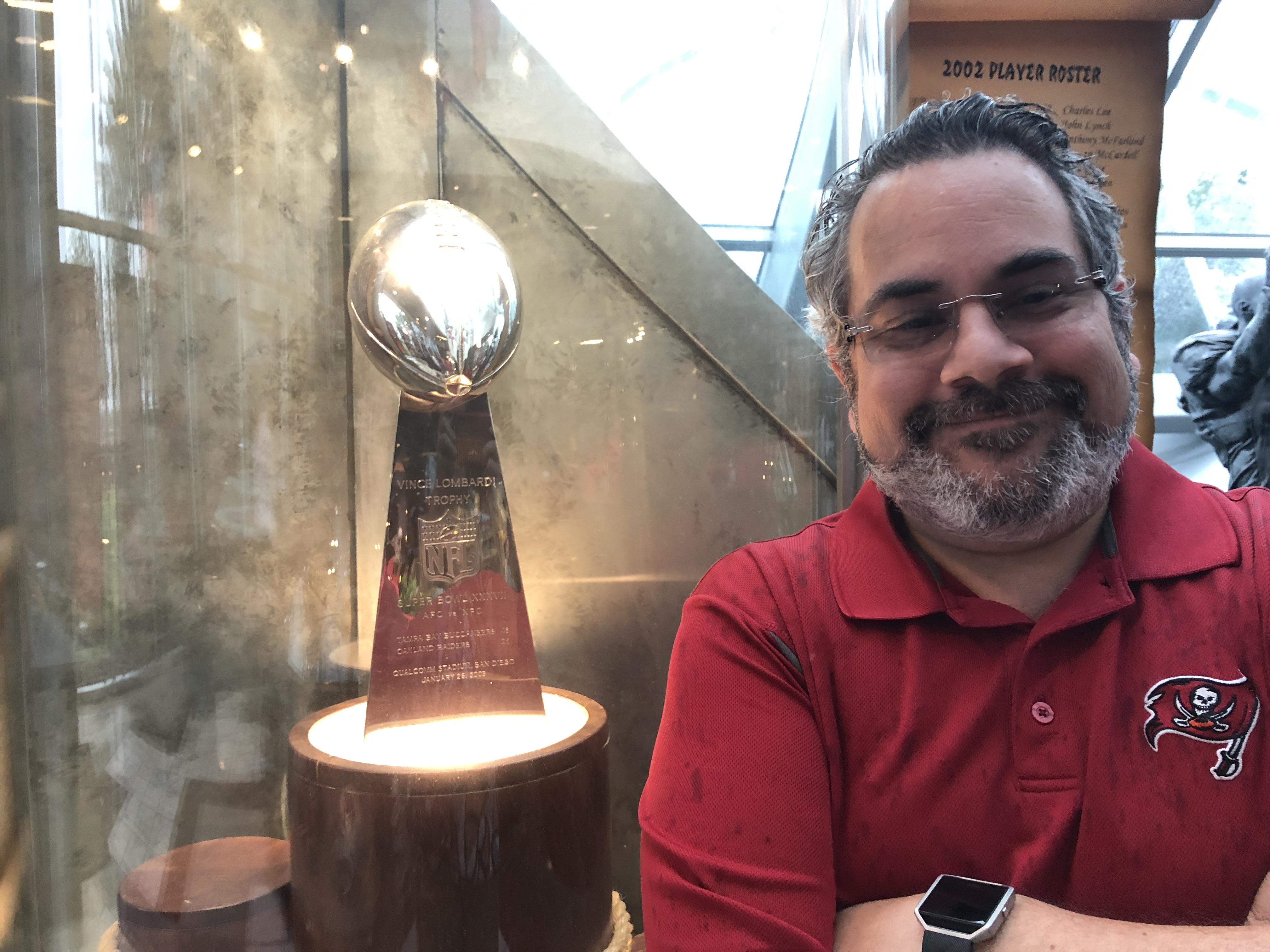 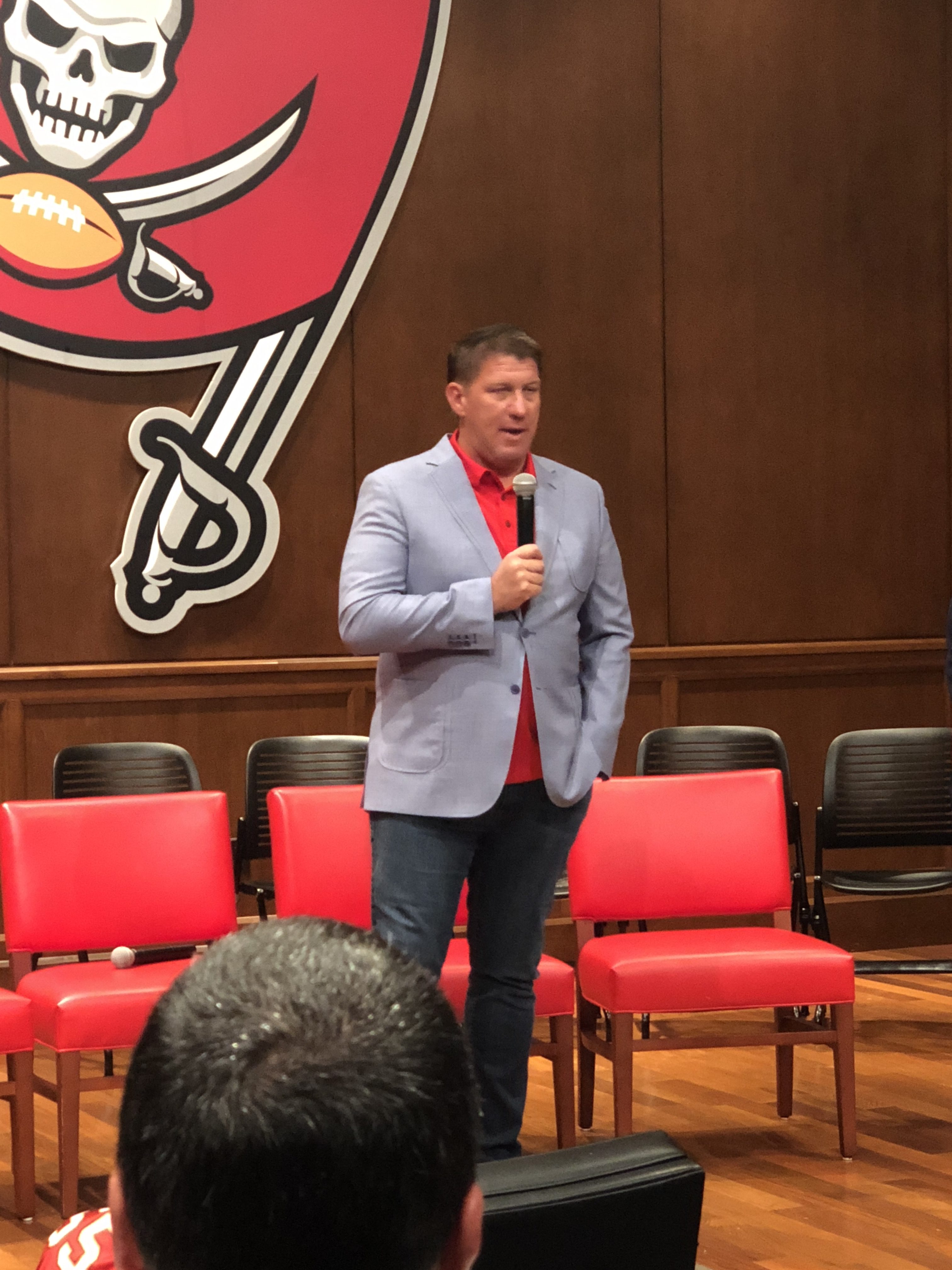 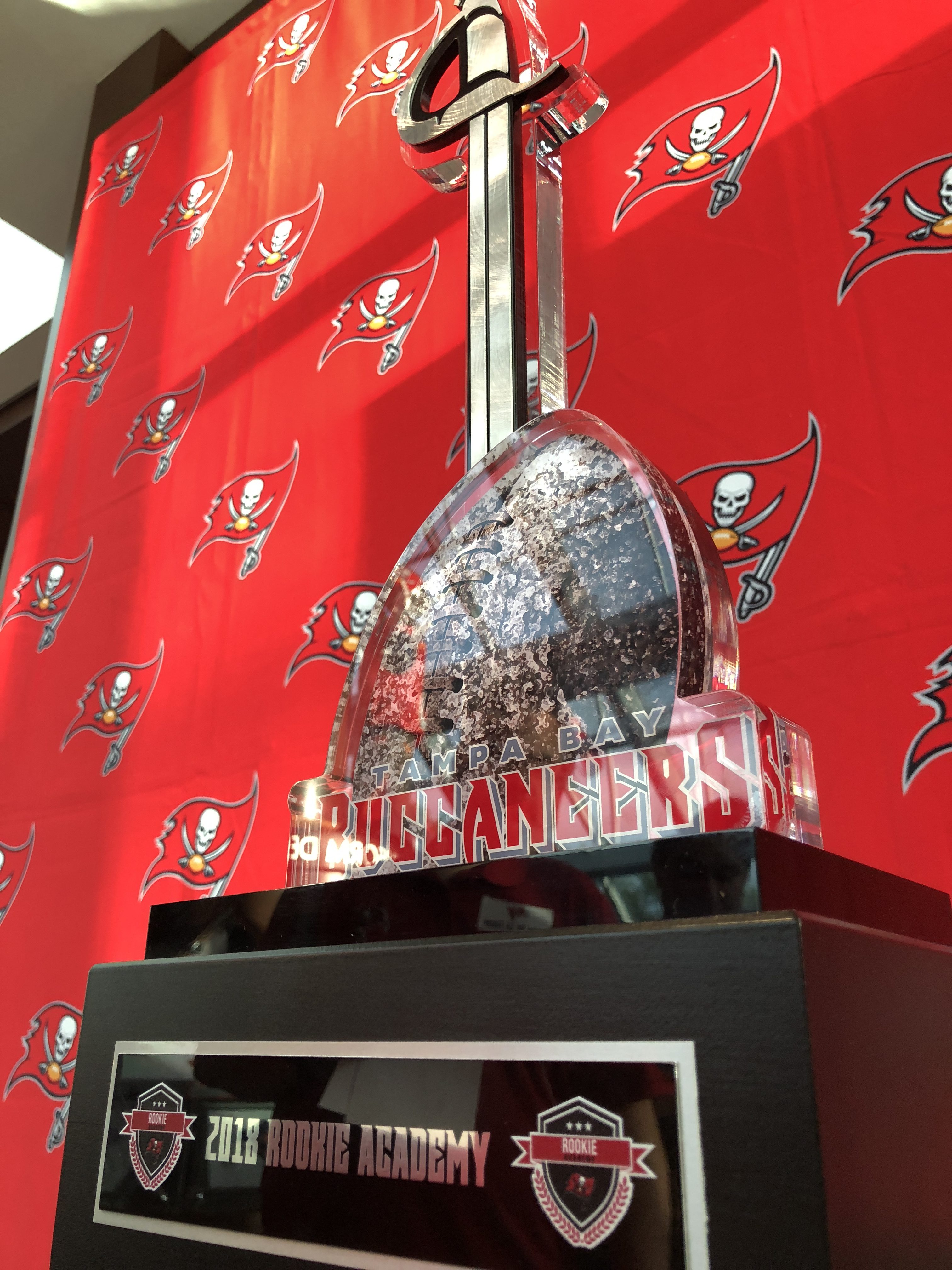 ThrowBuc Thursday: Tampa Bay vs. Washington in the Playoffs

Photos courtesy of BucPower.com This week, the bay area's hockey team, the Tampa Bay Lightning, are engaged with the Washington Capitals in the Eastern Conference Final of the 2018 Stanley Cup Playoffs. Interestingly, it isn't the first time these two...

So here we are, Buc fans. Over a week since the 2018 NFL Draft ended and I'm still seeing comments, complaints and criticisms about the decision to take defensive tackle Vita Vea over defensive back Derwin James. My question is......