Whilst we don’t officially celebrate Thanksgiving in the UK, I thought it might be a good time to reflect on what I’ve been thankful for.

A couple of years back I was honoured and incredibly grateful to be invited to One Bucs place when on holiday in Florida. Unfortunately, I was a victim of the scheduling and there was no football on. The Bucs kindly offered a tour of One Bucs place if I was happy to drive over to Tampa from Orlando. I was!

The day I visited the facility was the day of the annual “Turkey time with the O-line”. What would have already been an incredible experience became that much more exciting. I was shown around the gym, dining area, meeting rooms etc and also into the locker room, which was awesome. After the tour, we were getting ready to leave when I was able to watch the HUGE o-lineman giving out Turkeys and such to the locals who really needed it. It was great to see and only then did I get an appreciation for how large an athlete these guys were. I was and still am very thankful to the organisation for taking time out of what was already a very busy day to humour an excitable guy from England. 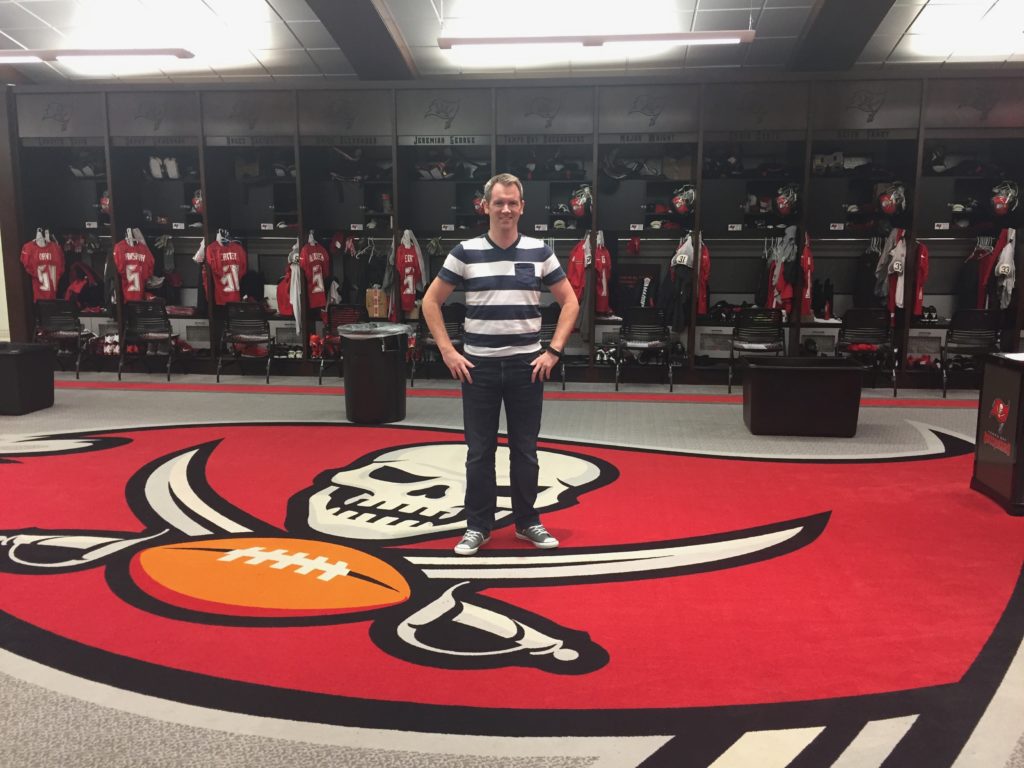 I hope that everyone in Tampa is thankful for the football team that they have. We know that our Bucs are underperforming this year, but people like myself don’t have the first-hand access to live football. I have access to 4 live games each year. In each of those games, there will be random teams too! The discussions about a franchise continue, one day we may get a team – but someone will lose one as a result.

For me, it’s important to appreciate what you have and be thankful. In a moment it can all be taken away from you, often with you having no say in the matter. As I mentioned in a recent post, teams don’t tend to move around in the UK. It happens all too regularly in NFL. In the words of Joni Mitchell, “you don’t know what you’ve got, ’till it’s gone”. Imagine how the people of St Louis are feeling right now, seeing “their” Rams doing so well, in Los Angeles.

On a personal note, in February 2016 I took the big step to quit full-time employment and start working for myself. I’m incredibly thankful for the support that my family has offered me during this time, to allow me to pursue a dream without fear. From a football perspective, it also allows me to watch Good Morning Football every day! I also have time to participate other activities that I enjoy, such as writing posts like this for WTB.

A season that started with huge expectations will likely end in disappointment. Regardless of our performances, there are a lot of players in this organisation to be thankful for. I like to try and find the positive when times are tough. It can be the difference between you getting by, or getting through and there is a difference.

Some people get by in life.  They earn enough to pay for the life they wish to lead and they are happy with that. Others, and perhaps far too many at this time of year, focus on getting through the day and then the next day. Be thankful if you have a roof over your head and food on the table.

Bucs fans should also thankful that we have an organisation who are trying to put together a good team. They want to make something that the local community will be proud of. The Bucs should be the heart of Tampa, a beating heart drives everything around it. 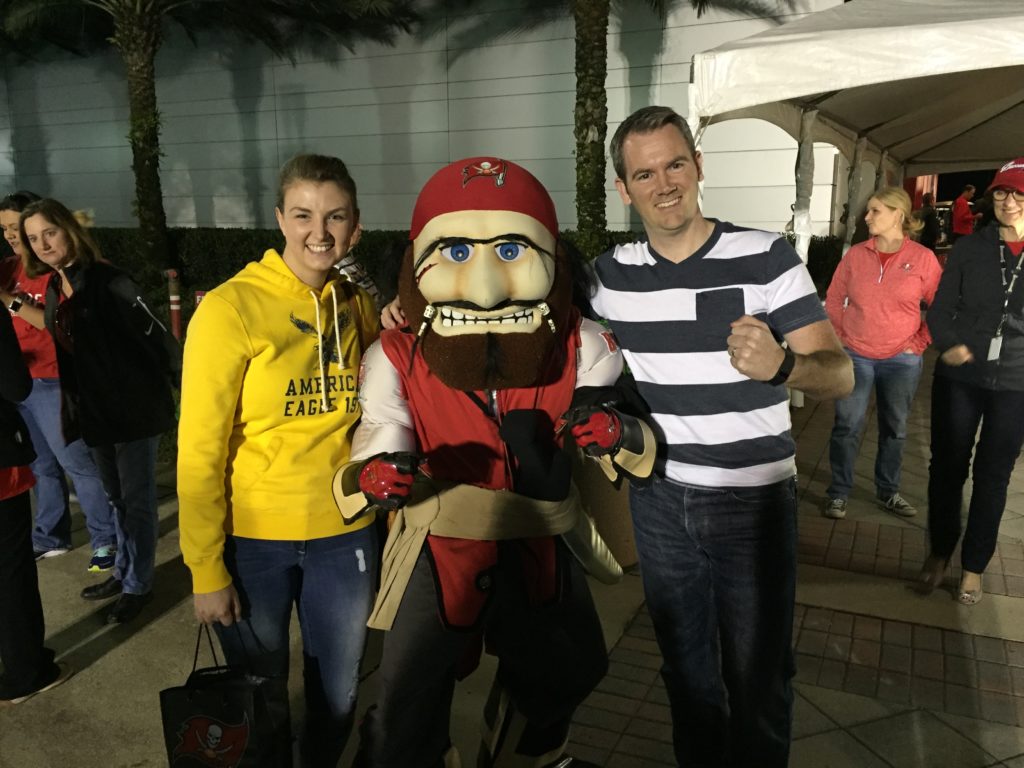 Be thankful for football

I’m thankful for football in general. It’s become a large part of my life this year. Every year that passes, I feel a greater connection for the sport and this year, despite the Bucs performance, has been great. I really look forward to Sunday’s, it is officially my day of sport.

Now that we are in December, the clock is ticking to the end of the Buccaneers football for another year. I will be attending my first live Bucs game in Tampa on 31st December. After that, we have over 6 months to the next live game, that’s a long time! In the UK, the football season runs from August until May. I get 10 months worth compared to 4 months in the NFL. I also only have 2 months of no football. Even that isn’t the case this year with the FIFA World Cup taking place in the summer.

Finally, I’m thankful for everyone who takes the time to read these articles. I’m sure I can say the same for all of the writers here at WhatTheBuc too. Be sure to check out all of the latest content.  The Pick’em competition continues and Jon recently posted about how the Bucs need to find “that guy”. All are worth a read.

I’ll be back shortly with more insight from the UK.  I’ll also be writing about my trip to Tampa for Saints at Bucs, and my first visit to the WhatTheBuc Hall of Fame tailgate.

As we move into the final stretch for our Weekly NFL Picks, Simon, coming off a big 14 correct picks week, has opened up a 4 pick lead on the field. Can he hold on? Let's take a look at...

Another week, another disappointing Sunday for the Tampa Bay Buccaneers as they fell in overtime to the Green Bay Packers 26-20. Pieces of Eight 1) Unfortunately, I missed a good portion of the first half of Sunday's game. I saw Jameis...