The Bucs limp back home to take on the winless Giants. Will Tampa Bay return to their winning ways or will the G-men send their season spinning out of control?

Jameis Winston enters his third season as the Tampa Bay Buccaneers quarterback. Winston has had a solid career for Tampa Bay but now everyone is expecting him to make that next jump to the elite quarterback his team drafted him to be. The one thing holding him back is his penchant for turning the football over. It will be crucial for the Bucs fortunes in this game for Jameis to curtail his urges to never give up on a play and throw passes up for grabs.

If Winston can protect the football, the Bucs should be able to help him on the ground against the Giants, who rank last in the league in run defense and open up play action downfield for Mike Evans and Giant-killer Desean Jackson.

Odell Beckham, Jr., the human highlight reel, has gotten a ton of publicity thanks to playing in the media capital of the world, New York, but has recently had some controversy surrounding him. Is he a selfish player? Does he care more about statistics than winning? He’s struggled to find his place this season, fourth in receptions on his team and averaging just 57.5 yards a game while dealing with an ankle injury he suffered in pre-season.

Beckham, Jr. finally got in the end zone against Philadelphia and promptly got an unsportsmanlike penalty for his “dog peeing” celebration. However, Beckham, Jr. pulled in 9 receptions and 2 touchdowns in the loss to the rival Eagles so he is still one of the most dangerous and dynamic receivers in the league.

Tampa Bay had a decent day running the football in their season opener but had to abandon the run early as they quickly fell behind the Vikings last week. The Bucs will need to establish the running game against the league’s worst run defense, take the pressure off of Jameis, and help their banged-up defense by keeping them off the field.

When the Giants Have the Ball

Eli Manning, given time, is one of the best quarterbacks in the NFL. When he’s not given time, he can be a little turnover prone and isn’t as effective. The problem is the Bucs haven’t been able to rush the passer very well this season. On the flip-side, the Giants haven’t protected Manning all that well, surrendering 8 sacks on the season.

Weird Facts That Might Be Only Interesting To Me 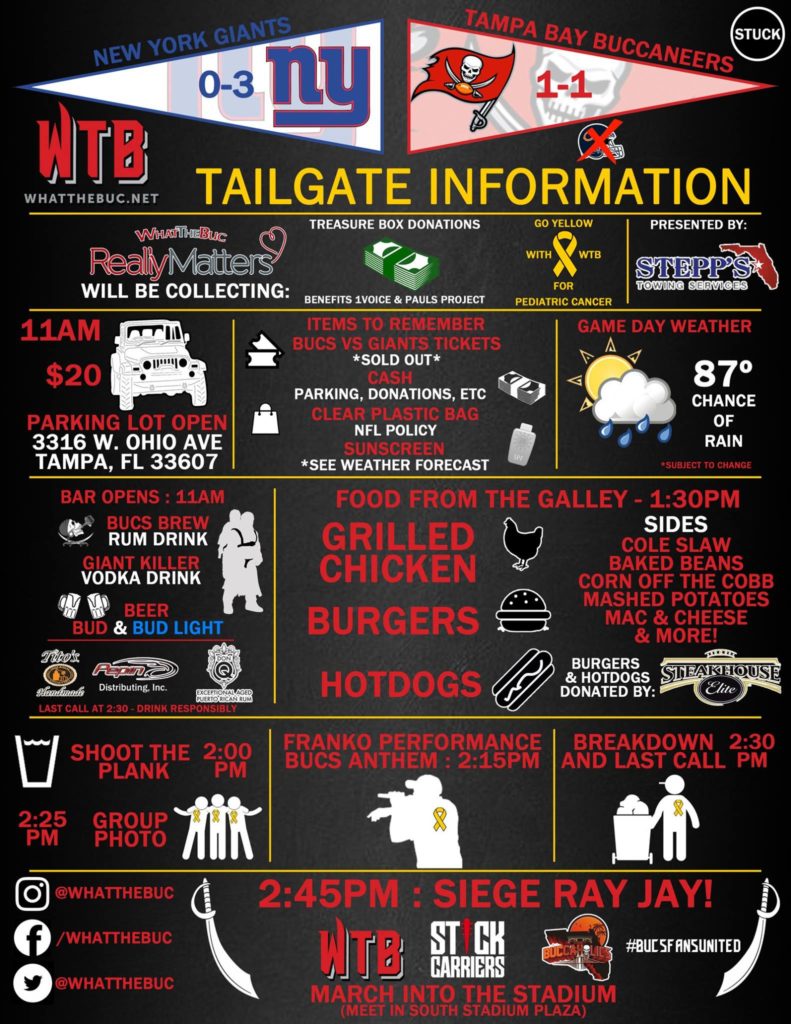 Evan’s Best of the Best and Worst of the Worst

Sometimes a win is not always the prettiest. Sometimes it is very frustrating but also exhilarating. That is how I would describe this Bucs performance. No, it was not something to write home about. However, a win is a win...

With the events of last NFL Sunday and the Vikings loss behind US, it's time to focus on Eli Manning and the New York Giants. I will not take a political stance, either way, in this article. What I will...